What people are saying - Write a review

Jane Harper's mysteries set in Australia are fast becoming a favourite series for me. This is her debut novel and it garnered Australian and international awards when it came out in 2017. Even James ... Read full review

A small agricultural town in Australia, dying from drought, 3/4 of a family dead of shotgun blasts, and a childhood friend of the dead man returned to the scene after 20 years. What could go wrong. A ... Read full review

Jane Harper is the author of the international bestsellers The Dry, Force of Nature and The Lost Man. Her books are published in more than 40 territories worldwide, and The Dry is being made into a major film starring Eric Bana. Jane has won numerous top awards including the CWA Gold Dagger Award for Best Crime Novel, the British Book Awards Crime and Thriller Book of the Year, the Australian Book Industry Awards Book of the Year and the Australian Indie Awards Book of the Year. Jane worked as a print journalist for thirteen years both in Australia and the UK and now lives in Melbourne. 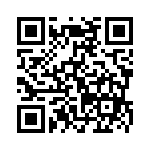